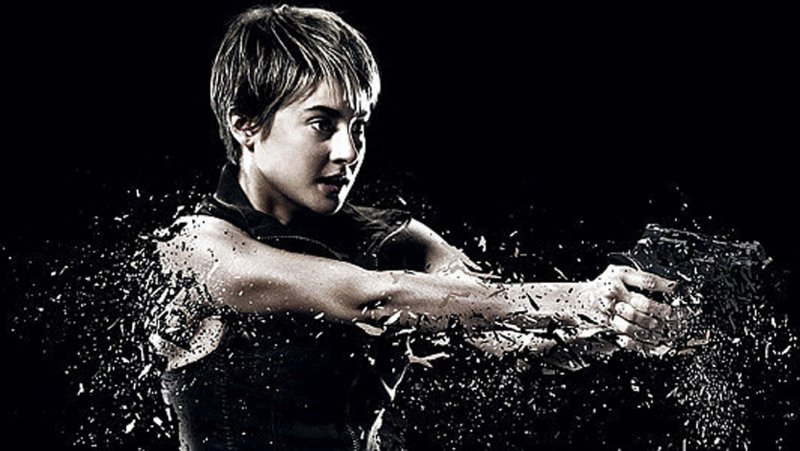 Secrets, self-loathing and society are just a few of the themes in part two of The Divergent Series, Insurgent.  Actress Shailene Woodley reprises her role as protagonist Tris who is very much conflicted after the events of the first film.

The story picks up with with Tris and her friends on the run from the “powers that be” while Jeanine is still in power trying to flush out the last Divergents for an experiment.  While on the run from Jeanine, Tris runs from her inner demons until she has no choice.  Everything climaxes once she is captured and has to rescued by her friends.  By ending her own internal conflict, Tris ends the conflict between factions.  Even though this is a sequel, Insurgent works well as a standalone movie.

Tris’ character progression is mirrored very well by her actual travels in this film.  The stakes are high on an internal level for the characters and an external level for the society as a whole.  This film discusses power, fear, politics, self-loathing, secrets and more.  The action is realistic with above average visual effects.
The directing could have been better, but overall the movie is very good both in action and in storytelling.  Insurgent is a fun film with character depth that can be carried over to part three.