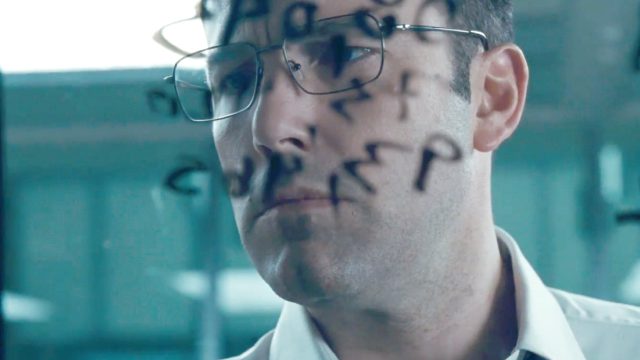 The Accountant misdirects on action thriller stigmas with intelligence, heart, and charm. Director Gavin O’Connor delivers a film worth the expense on the balance sheet. The movie stars Ben Affleck as Christian Wolff who is the accountant for drug cartels and terrorist groups. His goes awry once he removed from completing a contract job for a vanilla client, because of what he discovered.

Wolff lives a life of solitude as a high-functioning man with autism. Routine and structure sustain his sanity. O’Connor uses flashbacks to explain the origin of his unique set of skills outside the boardroom. Placement of the younger life references was decent. Anna Kendrick’s Dana Cummings character gives Wolff a social connection based on mutual interest and intellect.

While The Accountant maneuvers to finish a financial puzzle and survive, Ray King(JK Simmons) and Marybeth Medina(Cynthia Addai-Robinson) of the United States Treasury Department is on his heels to deliver him to justice. Who they represent grounds the story and The Accountant, but they are an afterthought to the events.

Jon Bernthal portrays the antagonist Brax who works as muscle for the affluent. He is brought in to clean up Wolff’s investigative trail. The final confrontation is intense, full of action and fun. The twist and conclusion are both unexpected and heartwarming.

Sound mixing and editing raise the stock price of the action. The cinematography and pacing are two other of the technical highlights of the film as there is no fat on this movie. Affleck and Bernthal perform best out of the entire cast with both dialogue and physicality.

Overall, The Accountant defies cliches and structures in a story with fun and intelligent humor. Not all subtleties and questions are given context nor rounded out, but it is a wise investment.