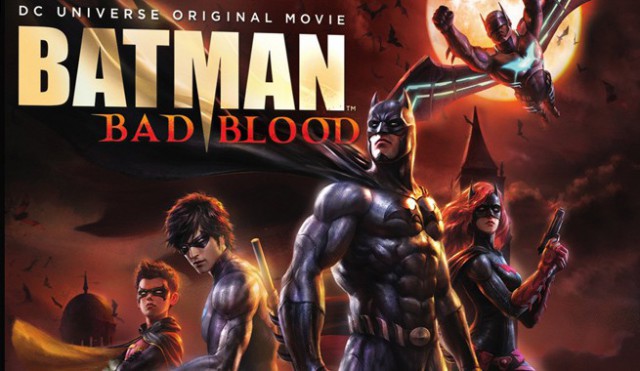 The strengths of this film were the animated action, roasting moments and emotional exposition.  The hand-to-hand combat was still hyper-real, however practical.  The three-way one-line roasts between Nightwing, Robin and Batwoman added humor to an otherwise somber tone.  Emotionally, the dialogue was very strong in certain conversations of discussing how much Bruce Wayne means to the other characters.

Speaking of other characters, the antagonists were the weakness of the movie.  There was an attempt to give the primary antagonists a personal storyline, but it was not fluid.  Though the plot twists in the second and third act were surprising, the third act was dry and dragged.  Batwing’s sub-plotline was good, but he lacked a genuine emotional tie to Batman.

Overall, Batman: Bad Blood is dark, fun and funny, despite its lackluster antagonism.  Viewers will enjoy for the most part.  Especially, the very pleasant surprise at the end that could hint to another Jason O’Mara-voiced animated Batman feature.