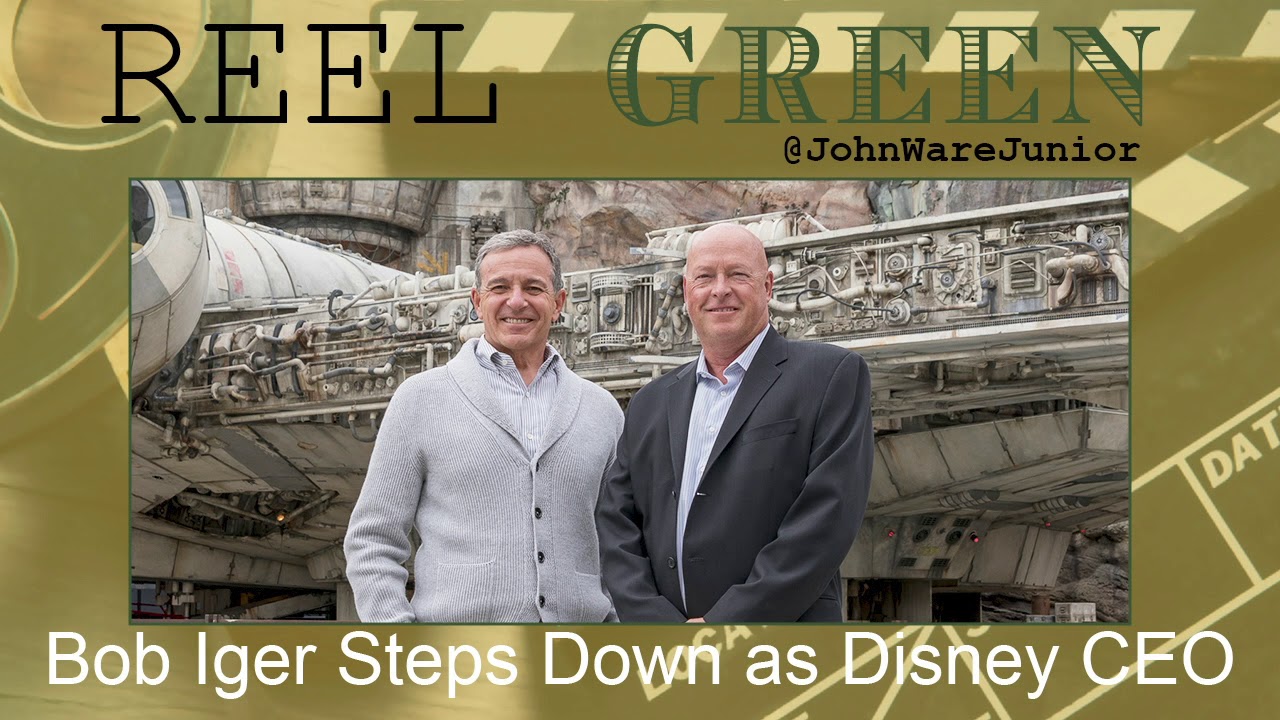 Reel Green returns discussing Bob Iger stepping down as CEO of the Walt Disney Company. What does this mean for Disney? How will his replacement Bob Chapek fare as his heir? Why it is the best timing for Iger’s presidential aspirations?

Robert Allen Iger ends his 15-year reign as CEO of the Walt Disney Company on Tuesday, February 25, 2020. His heir, Bob Chapek was the Chairman of Disney Parks, Experiences and Products. Iger will stay with Disney as its Executive Chairman and continue to lead creative endeavors with Disney until his contract with the Mouse House expires on December 31, 2021.

In his book The Ride of a Lifetime: Lessons Learned from 15 Years as CEO of the Walt Disney Company, Iger states that he wanted to retire from Disney but still more than hinted at political aspirations, given his interest in politics from his younger years.

In the book, he also uses the term ‘branded content’ repeatedly, along with mentions of diversity and inclusion. My take is that he will leverage his book, his expansion of Disney as a powerhouse brand, diversity and inclusion to plea for votes, promising to re-brand and expand the United States of America in 2024. A rebrand of growth and unity.

Bob Chapek may be a lame duck because I predict Disney will endure a few lean years with the now concluded Avengers: Infinity Saga with no new big bad to prepare for and the devaluing of the Star Wars brand with steady drops in box office receipts and low toy and product sales. Iger also acknowledged in his book that the steaming service Disney+ will cause losses in the short term due to loss licensing fees but will pay dividends in the long run through market share. The acquisitions of BAM Tech, Pixar, Lucasfilm, Marvel and recently 20th Century FOX stretched their final resources to a thread.

Robert Allen Iger is an American media executive and film producer who is Executive Chairman of The Walt Disney Company and was its Chief Executive Officer from 2005 to 2020.

Follow me on the social media networks and leave your comments and analysis: