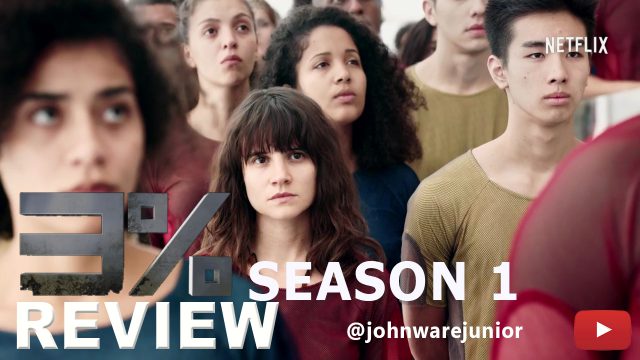 The Netflix Original Series 3% debuts with a serious think-piece on human nature and society’s class system from South America.  Season one follows the journey of four candidates who attempt to become a part of the 3%.  The official synopsis is as follows:

“A thriller set in a world sharply divided between progress and devastation, where people are given the chance to make it to the “better side” but only 3% of the candidates succeed.”  — IMDb

The series audibles in Portuguese, but has an English dubbing option with subtitles in the same language.  In eight episodes, the four main characters endure complex changes, experience an array of emotions, and embark into a revealing journeys of self.