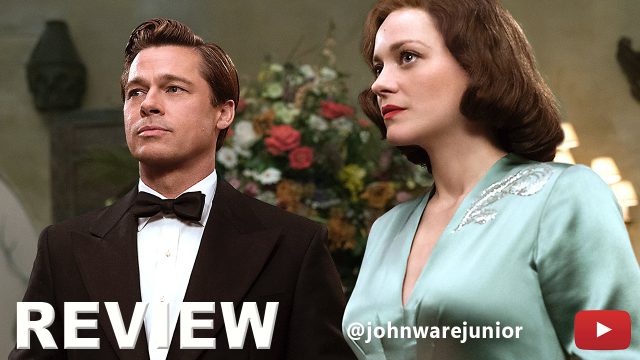 Allied loses the war of establishing a peace treaty between writing and execution.  Screenwriter Steven Knight scribes an interesting and emotional story with potential for greatness.  However, director Robert Zemeckis failed to execute the potential on the page.  Missed opportunities for plot twists littered the film, leaving much to be desired.  The runtime needed an extension to balance out the acts of as exposition ran long.  Exploration of plot twists would have served to serve the much needed space.  Brad Pitt and Marion Cotillard delivered good performances, but the steaminess was lukewarm.

Synopsis:  “The story of intelligence officer Max Vatan, who in 1942 North Africa encounters French Resistance fighter Marianne Beausejour on a deadly mission behind enemy lines. Reunited in London, their relationship is threatened by the extreme pressures of the war.”

Alive to what’s great about old movies: the supple, nearly invisible craft that allows scenes to throb with emotional suspense. Full review
Owen Gleiberman
Variety
It’s not so much a work of art as a triumph of craft, and therefore a reminder of the deep pleasures of old-fashioned technique and long experience. Full review
A. O. Scott
The NYTimes
Robert Zemeckis has fashioned a good old-fashioned World War II romantic espionage movie, but that wouldn’t matter a damn if the leads weren’t beautiful and didn’t look great in period clothes. Full review
David Edelstein
Vulture
Marion Cotillard and Brad Pitt are an unconvincing couple in this plodding second world war thriller. Full review
Xan Brooks
The Guardian