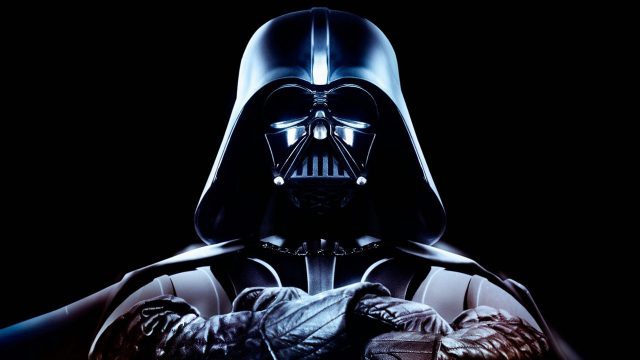 The rumors are true.  The barbecued remains of Anakin Skywalker, now known as Darth Vader will appear in Rogue One: A Star Wars Story.  Vader’s screen time is unknown at this time.  What is known is that Obi Wan Kenobi’s prized-pupil will be in the prime of empirical and destructive career.

The featuring of the former Jedi knight in the first Star Wars anthology film makes sense.  The events of ‘Rogue One’ take place chronologically before the events of 1977’s Star Wars: A New Hope.  The first film in the Star Wars Anthology Series is as follows:

The Disney animated series Star Wars: Rebels has been the only glimpse of the timeline after Star Wars: Revenge of the Sith and before ‘A New Hope’.  ‘Rogue One’ will bring that section of time to the big screen for the first time.

Rogue One: A Star Wars Story is directed by Gareth Edwards and stars Felicity Jones, Diego Luna, Forest Whitaker and Mads Mikkelsen.  Edwards has said that this is a full-blown war film, which means members of the Rebel Alliance are sure to die.  The Disney-Lucasfilm piece hits theaters December 16, 2016.

How long do you expect to see the “Chosen One” on screen in December?  Reply in the comments or tweet your thoughts to me @johnwarejunior