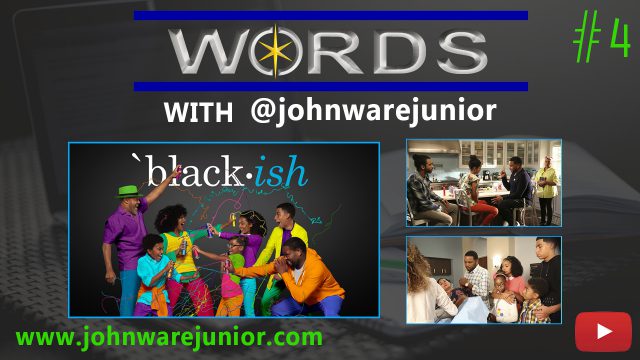 ABC’s Black-ish covered the topic of atheism in the episode titled ‘God’.  Entertaining episode that glossed over the full depth of the subject matter.  President Barack Obama’s initial election and potential assassination was given a full monologue in a serious tone.  However, a crisis of faith appears to be a mere punchline for another episode.  Showrunners and writers missed an opportunity to add interesting depth to the character Zoey and an interesting dynamic within the Johnson family for future episodes.  The abrupt resolution to the episode was forced, telegraphed and unreasonable in certain respects.

The Bible has very strong words on slavery, which was mentioned in the show.  Anthony Anderson’s Dre said belief in God keeps marginalized and disenfranchised people afloat mentally and emotionally.  He neglected to mention what the “good book” says about slavery in its pages.  The following passages concern slavery:

Exodus 21:7-11
If a man sells his daughter as a servant, she is not to go free as male servants do. 8: If she does not please the master who has selected her for himself,b he must let her be redeemed. He has no right to sell her to foreigners, because he has broken faith with her. 9: If he selects her for his son, he must grant her the rights of a daughter. 10: If he marries another woman, he must not deprive the first one of her food, clothing and marital rights. 11: If he does not provide her with these three things, she is to go free, without any payment of money.

Leviticus 25:44-46
‘Your male and female slaves are to come from the nations around you; from them you may buy slaves. 45:You may also buy some of the temporary residents living among you and members of their clans born in your country, and they will become your property. 46: You can bequeath them to your children as inherited property and can make them slaves for life, but you must not rule over your fellow Israelites ruthlessly.

Colossians 3:22
Slaves, obey your earthly masters in everything, not only to please them while they are watching, but with sincerity of heart and fear of the Lord.

1 Timothy 6:1
All who are under the yoke of slavery should regard their masters as fully worthy of honor, so that God’s name and our teaching will not be discredited.

Titus 2:9
Slaves are to submit to their own masters in everything, to be well-pleasing, not argumentative,