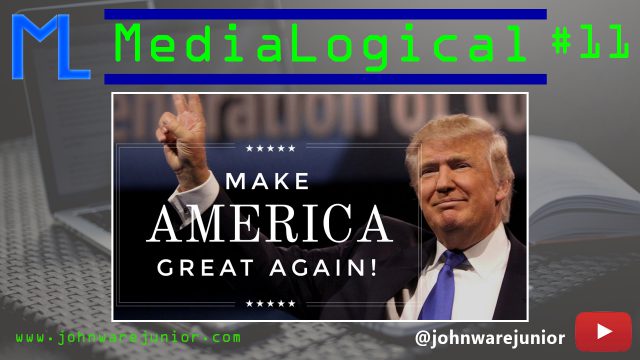 Discussion of how Republican Donald Trump won the 2016 Presidential Election.  Various areas of society share responsibility.  Beyond the voters, the list includes the media’s political pundits, the extreme leftists and uninspired Hillary Clinton voters.  Below is a comment on a friend’s Facebook page on how Trump got elected:

“Trump won for various reasons. Yes, he had some racists on his side, but Trump is a Republican by name only. He is an outsider. He played the media like a fiddle. And he had a lot of people to take things for granted when it came time to vote. Let’s not forget, certain statements aside, he related to his voters more than Clinton. His use of just the simplest of vocabulary.

If you look at the monolithic labelling that the right/conservatives put on the disenfranchised(minorities, women, LGBT etc.), it is the same conceptual behavior from extreme liberals or leftists. Automatically labelling someone based on a singular action, statement that questions a statement from the left and/or something that challenges the safe space. Then liberals went in on Hillary. Not exactly the best way to keep Trump out of office. Trump voters voted to win for their candidate. The same binary mentality on the right that would deem an unwed mother a whore or undeserving of love, also deems Trump voters racists immediate. No one wants to converse. They just want to put people in a box, not inquire as to their respective thinking then move on.

Others voted to keep Trump out of office. Playing to win versus playing not to lose. So both the left and the right have a role to play in Trump’s victory.”