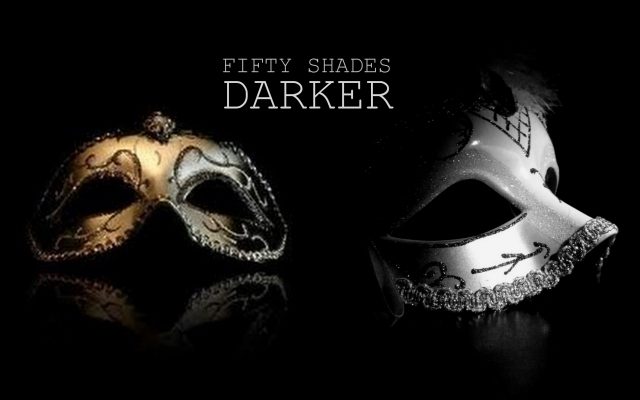 The synopsis of ‘Darker’ is as follows:

“When a wounded Christian Grey tries to entice a cautious Ana Steele back into his life, she demands a new arrangement before she will give him another chance. As the two begin to build trust and find stability, shadowy figures from Christian’s past start to circle the couple, determined to destroy their hopes for a future together.”

Hints of real life danger loom in the trailer just as they are foreshadowed in the synopsis.  The filmmakers pull back the romance and ratchet up suspense while dipping into the thriller genre as well.  Masks serve as indicators of hidden knowledge and secrets.  Shots of a romantic spectacle, similar to the attempt of the first film.  Difference is the first Fifty Shades was about power and control.  ‘Darker’ appears to be a movie about secrets and intrigue.  Intense sex is teased, but this is a theatrical release in the United States of America.  Scenes of intimacy will be tame in comparison to what is depicted in the book.

‘Crazy in Love’ by Beyonce is remixed by singer Miguel with a new musical composition.  The sound is darker in tone than the remix produced for the first Fifty Shades.

Leave your comments and expectations below or tweet them to @johnwarejunior