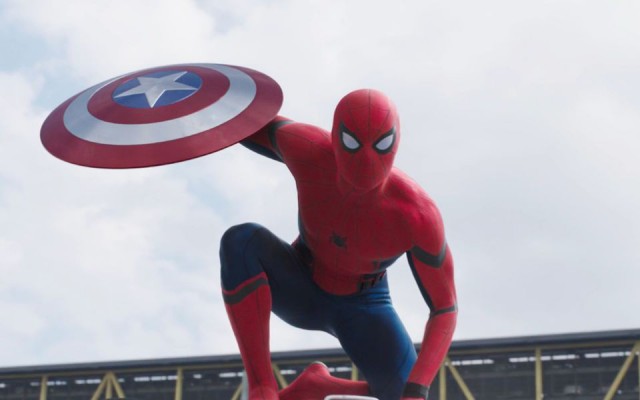 The final trailer for Captain America: Civil War trailer has dropped and the tease is over.  Spider-Man makes a very quick cameo and speaks one line.  Given the scene he appears in with the trailer, he will have a featured, but not prominent role in the film.  Viewers may want to prepare for more Spidey action than Peter Parker.

This trailer has a different tone than that of the very first one.  The first trailer was slightly somber but intimate and emotional.  The final trailer is epic and focuses more on the consequences of the Avengers, dating back to New York or as referred to in ‘Jessica Jones’, “The Incident” all the way to the conclusion of Avengers: Age of Ultron.

The pacing of the action looks to be very frenetic as viewers see more of The Black Panther and combat between ‘Team Cap’ and ‘Team Stark’.  ‘Civil War’ will be larger in cast, but also in scale.  In Captain America: The Winter Soldier, there was barely a blur in the line of right and wrong on the political side.  In its sequel, it appears not to be the case at all.  It is apparent that personal issues will drive the characters.  However, the stakes for global safety are more pressing, which will make this film more compelling.  Political differences will be fought over, but it is very easy for emotions to take control in war.

Give your thoughts on the trailer.