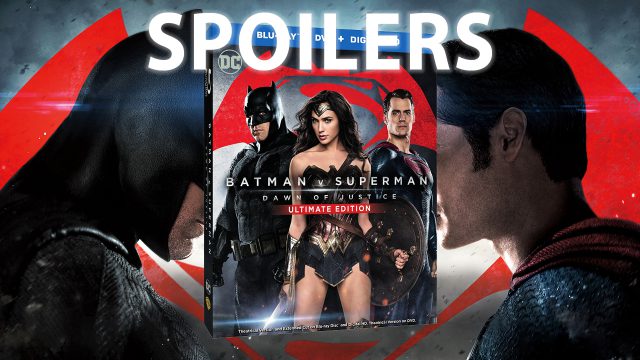 Spoiler talk of Batman V Superman: Dawn of Justice Ultimate Edition and is it better than the theatrical version of the film?  There is an added 30 minutes that makes this more coherent and a lot more fluid.  Not just in character motivations, but emotional depth.

Jesse Eisenberg’s Lex Luthor is flushed out more and logic gaps are filled within the extra half-hour just by extending scenes and re-ordering them.  There is more of the Clark Kent story line as well.  He researches and reports news, primarily focused on Batman which is shown in the trailer.